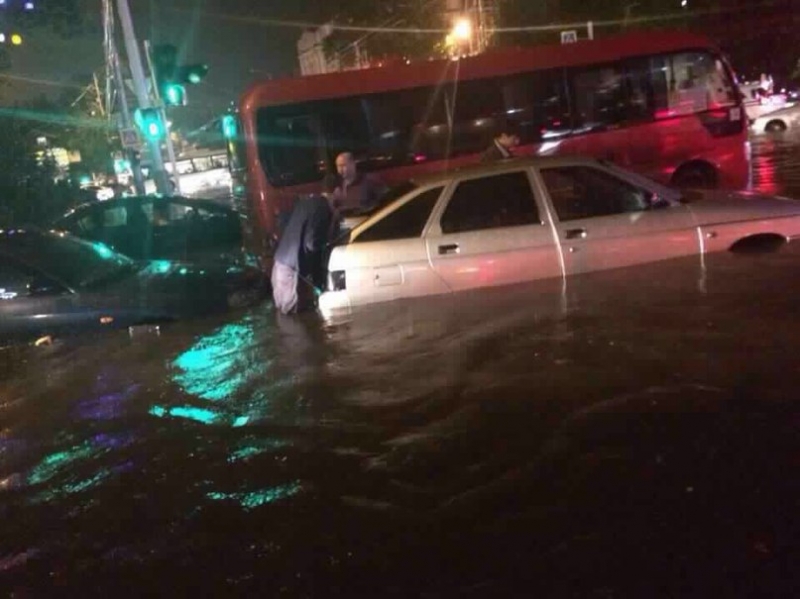 Monthly norm of precipitation has fallen in Krasnodar for three hours from 18:00 to 21:00 GMT.

“In three hours fell 82 mm of rain is more than the monthly norm. On the streets continues bilge machinery, in the coming hours with the consequences of bad weather will be able to cope,” – said at city hall.

To eliminate the consequences of heavy rains in the municipality created a task force.

Now in flooded areas are 20 units of equipment and more than 40 people.

Dozens of city streets were literally flooded with rain water, cars on roads not traveled , and “floated”. 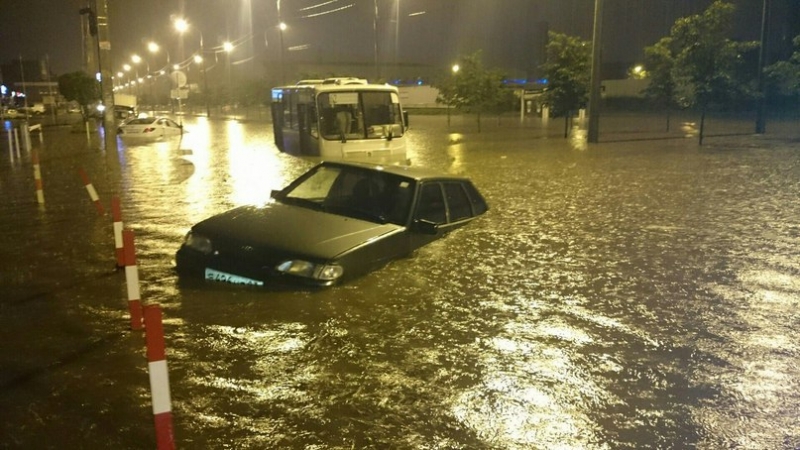 The highways and city streets it was impossible to move about in huge puddles gloh cars , and passers-by just could not navigate the streets, at the risk of being knee-deep in water.

Streets in the Central part of Krasnodar, Moscow and Slavic neighborhoods, Komsomol and Gidrostroy was completely flooded .