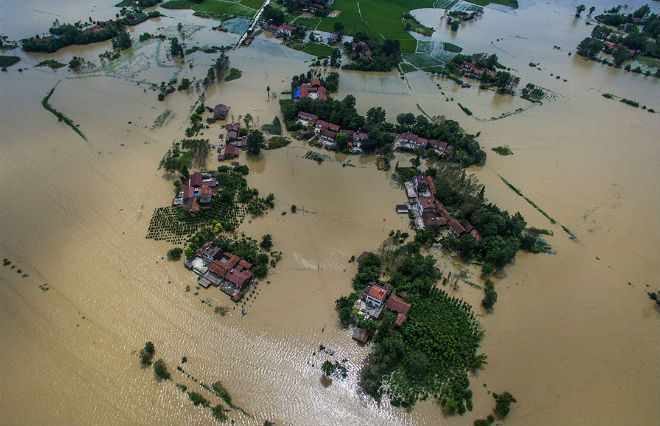 In China, since the beginning of 2017, as a result of various natural disasters, 45.58 million people were injured, 204 people were killed, 83 more are reported missing, Xinhua news agency reported, citing data from the Ministry of Civil Affairs of the People’s Republic of China.

Their homes in an emergency were forced to leave 1.02 million people, 495 thousand people needed emergency care. Over 30 thousand buildings were destroyed, 74 thousand more buildings were seriously damaged and 345 thousand – moderately. The crop was completely destroyed by 355 thousand hectares.

In the first half of this year, southern China suffered from floods and earthquakes, northern provinces – from storm winds, hail and drought.