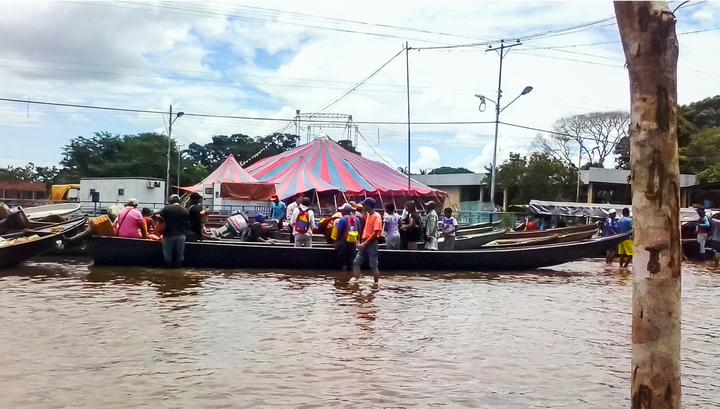 In the south of Venezuela, dozens of people were injured because of a flood of rivers in the state of Amazonas. Such data was reported August 17 by a deputy of the National Assembly of this region.

As specified, the first meeting with the Embassy of Colombia was held to ask for help. “We will be grateful if it will be rendered.” It is necessary that this situation be taken up in full, “the deputy stressed. The leadership of the region can not cope with the crisis, in the state it is necessary to declare an emergency regime.

On August 16, the Civil Defense Department of the Bolivarian Republic reported that more than 20,000 rescuers were sent to flood-hit regions. Only in the state of Amazonas 50 shelters for residents of flooded areas were created.