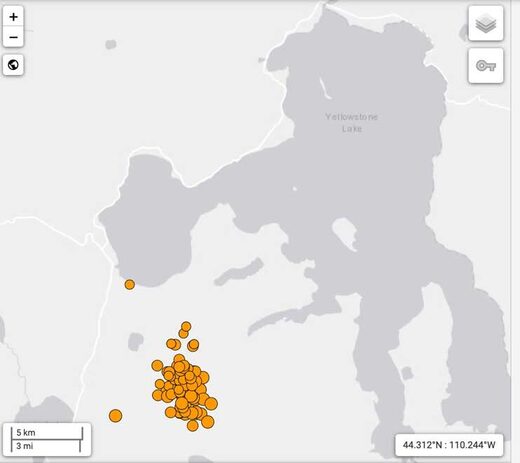 The southwest side of Yellowstone Lake, the largest body of water in Yellowstone National Park, is showing a significant surge in seismic activity.

According to the United States Geological Survey (USGS), Yellowstone experiences between 1,500 and 2,500 earthquakes a year, many of which occur in swarms. Most swarms are small, containing 10 to 20 earthquakes, and are short, lasting one to two days.

Today’s seismic activity is a bit abnormal as the U.S. Geological Survey says there have already been 93 earthquakes as of 4:00 pm Thursday and the number is on the rise, all occurring in the Yellowstone Lake area since Wednesday night. All earthquakes except seven had a magnitude of less than 2.5. None of them reached a magnitude of 3.0 points.