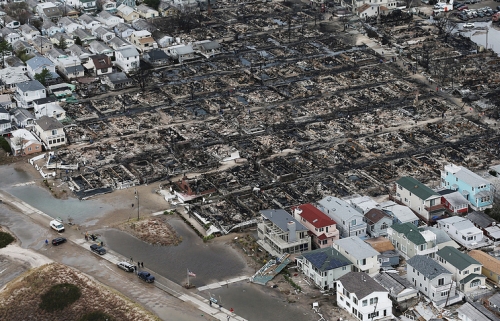 More than one billion people in the world remained homeless because of natural disasters for the last 30 years, the academician of RAS, the doctor of geological and mineralogical sciences, the research supervisor of Institute of geoecology of a name E reported on Friday. M. Sergeyeva Victor Osipov during the scientific and practical conference “Problems of Forecasting of Emergency Situations”.

Representatives of RAS, Ministry of Energy, Rostekhnadzor, the All-Russian Research Institute of GOChS Emercom of Russia and other specialists take part in work of a conference.

“For the last 30 years, according to the estimates of the Ministry of Emergency Situations, suffered from natural disasters (in the world) more than 800 million people and more than one billion remained homeless… We (in Russia) have more than 30 types of natural dangers”, – Osipov told.

In recent years the number of natural hazards and large technogenic catastrophes steadily grows. The risks of emergency arising in the course of global climate change and economic activity pose considerable threat for the population and objects of economy. For the last 20 years in the world the victims of technogenic and natural disasters of steel more than three million people.

Over 90 million Russians, or 60% of the population of the country live in zones of possible impact of the striking factors in case of accidents on crucial and potentially dangerous objects. The annual economic damage (direct and indirect) from emergency of various nature can reach 1,5-2% of gross domestic product – from 675 to 900 billion rubles.