Morocco suffers from climate change and the severe droughts 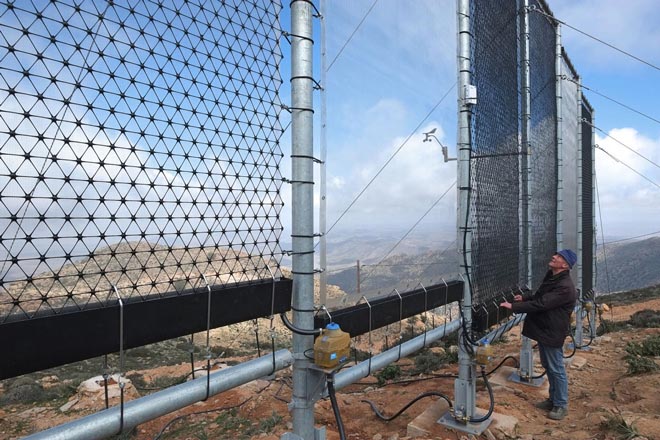 Morocco cruelly suffers from climate change and severe droughts. Therefore locals actively look for paths of providing villages with potable water on the edge of the Sahara Desert in the southwest of the country.

One of ways to extract water — huge networks which established in the dry mountain region. A task of networks — to catch moisture from air with the purpose to produce sweet water. The project which is carried out under the direction of Non-governmental organization of Morocco became the largest action for collecting fog in the world. The program became such successful that clear potable water was received by 500 inhabitants suffering from a drought villages of the region.

Behind an experiment there is a thought-over scientific approach. Shallow cells of network are capable to condense fog in water, similar to functioning of needles of pines or sequoias during scanty rainfall.

To collect fog thought up in the 1980th years. The way was popular in the South American countries — Peru and Chile. The idea was brought to Morocco in the middle of 2000. Implementation of the project took four years. After installation of huge networks at the height of 1,2 thousand meters in Morocco collected six thousand liters of water a day.

Then water condensate was purified of impurity and sent to water supply systems of villages of the Southern Morocco. This region suffers from rapid decline in population as people migrate because of shortage of potable water. The new project gives hope to reduce population shift.