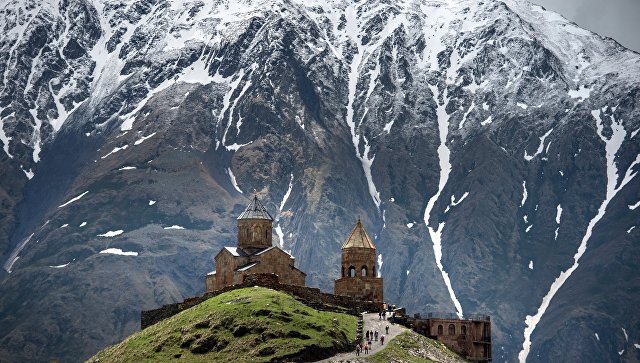 Search air climber from Moscow, disappeared after a lightning strike on mount Kazbek at the end of July, turned out to be fruitless, reports main Department of EMERCOM in North Ossetia.

Earlier it was reported that 30-year-old mountaineer from Moscow as part of a group of five people had made the ascent on mount Kazbek from Georgia. On Tuesday, July 19, at the height of 4.9 thousand meters in the area location of the group was struck by lightning, causing the athlete is rejected on the slope on the Russian side. The search was terminated July 25 because of bad weather.

Inconclusive remains and a survey of mount Kazbek. Weather conditions allowed to conduct a flyby at high altitude. The helicopter was clearly visible the whole hillside from the Russian side. Were several groups of climbers who make the ascent to the summit. But traces of tourists from Moscow, unfortunately, is not detected, the message reads.