Moscow was covered with snow 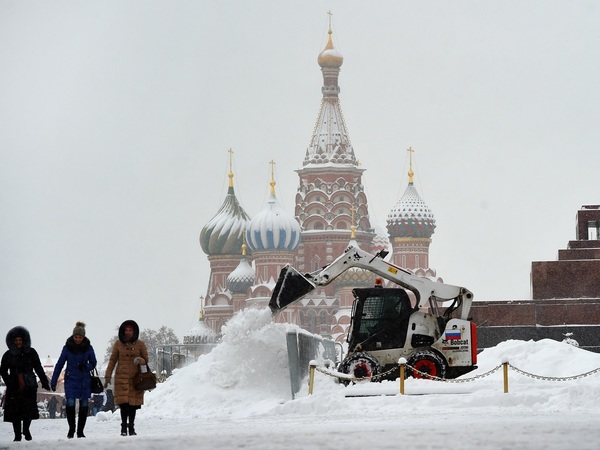 In Moscow and the Moscow region, the military provides assistance to public service employees in the aftermath of heavy snowfall. This is stated in a message on the website of the Ministry of Defense.

“Personnel and special equipment from the combined detachments of liquidation of the consequences from the engineering brigade and the Semenovsky regiment are allotted.Today, from the Western Military District, up to one hundred servicemen and three units of special equipment are involved, including two graders and one universal road machine,” – the department informed.

For help to the military turned Kalininsky district of Moscow and Krasnogorsk municipal district of the Moscow region.

Deputy Mayor of Moscow Peter Biryukov noted that the amount of snow will only increase. So, according to him, by the end of Monday, another 15-20 centimeters of snow can fall out.

“A heavy snowfall will not stop at night, nor tomorrow.The road situation will be difficult.It’s best to refrain from traveling on personal cars whenever possible.To visit schools we declare free,” Sobyanin wrote on Twitter.

The Department for Transport and Development of Road Infrastructure of Moscow city (DTiRDTI) warns about difficult weather conditions in the city and asks citizens to use city transport whenever possible, the information center of DTiRDTI reported.

“The snowstorm is blowing in Moscow, the snow is heavy and wet, snow drifts and icy conditions have formed on the roads, the roads will be very busy, and if possible, we ask motorists to give up personal transport in favor of the city.” The transport complex does everything to make your movement around Moscow as fast and comfortable as possible, “the message says.

The strongest snowfall and icy rain hit the Moscow region on February 3-4. According to weather forecasters, such snowfalls occur once in a hundred years. According to the authorities, as a result of the disaster, one person died, there are injured.