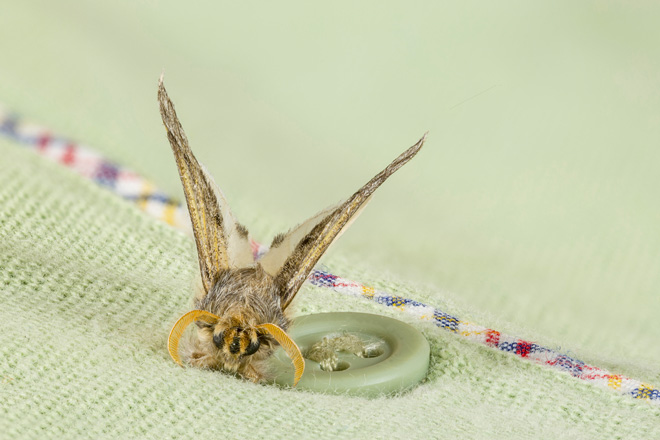 The number of applications to the British pest control services has more than doubled since late February-early March, which is 103% more than in the same period last year.

Reports of cases of invasion of room moles by the end of March increased by one third. According to experts, insects attack clothes and carpets in record quantities due to mild winters and early spring.

“The in-house population of moths was backed up by the early spring and unusually mild winter. The outermost population also succeeds, breeding in the nests of animals and birds, before moving to our homes, “explains David Cross, head of the Academy of Technical Training of Pest Specialists.

“Not only did we enjoy the April sun. The latest data say that now the moth invasion is waiting for us throughout the year, “he added.
Moth larvae feed on protein found in natural materials, such as wool, silk and fur. These are cream-white caterpillars with a brown head, reaching about a centimeter in length. Adult butterflies have a length of 6-8 mm and wings are thatched in color without any stains. Holes with coarse edges on clothes or exposed areas appearing on carpets and rugs are a sure sign of the work of insects.

It is known that a higher temperature speeds up the reproductive cycles of moths, increasing the risk of capturing your wardrobe. Under favorable conditions for reproduction, these voracious insects can produce up to three generations per year.

In winter, the indoor moth is much less active, spending the cold months in the form of pupae in dark corners of houses. As the days get longer and warmer, it begins to come out of its shelters and multiply.

“Freezing clothes or brushing it dry is a practical method of controlling pests, but if you understand that insects are swarming in your apartment, I recommend seeking professional help,” says Cross.