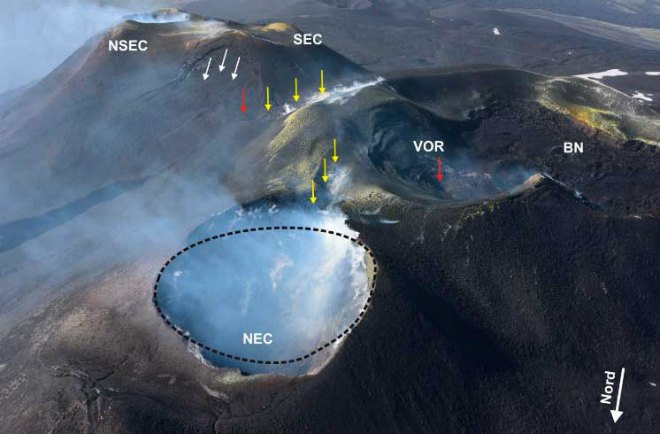 Mount Etna remains calm outwardly, but his inner seismic activity remains above normal levels. Gas emissions increased slightly in recent years (about 7,000 tons per day), which may indicate the inflow of fresh magma.

In addition, occasional small plumes of ash along with pulsating emissions are observed in one of the craters from 10 July. They are probably signs of a deep explosive activity. Volcanic tremor remains currently stable with no clear trends, but that could change quickly.