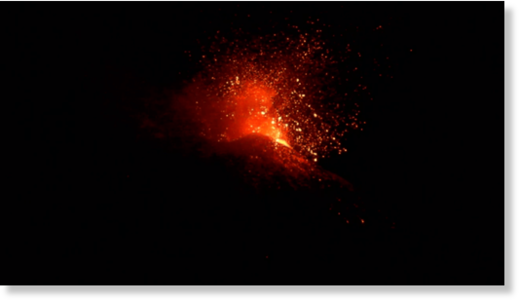 In the video, provided by video agency RT Ruptly, dark orange lava can be seen bursting from the top of Mount Etna and flowing down from its sides.

According to the National Institute of Geophysics and Volcanology, which observes the volcano, the eruption came from a southeastern crater, and activity also came from other craters.

Volcanic tremors began to intensify early Monday morning before a more significant increase in activity was recorded at around 4:00 pm in the afternoon.