Nalchik had stopped a hail 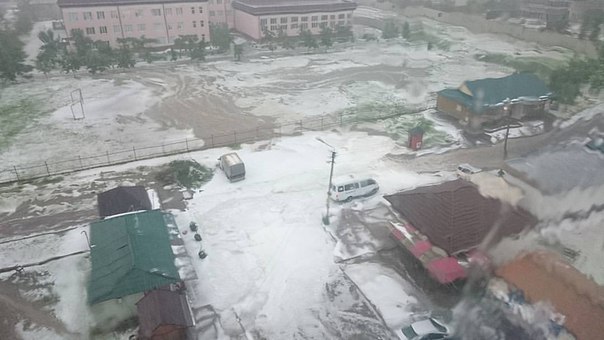 In Nalchik liquidated the consequences of the severe hailstorm that struck the city the night before and lasted at least 40 minutes. Somewhere on the streets trees fell, roads became raging torrents, and near the railway station, the puddles were so deep that the car disappeared under the water almost completely.

In addition, in several districts of the city lights went out. I disconnected the TV tower, and the evening news had to be cancelled.
No one was injured — including because of impending bad weather, the Ministry of emergency situations informed residents SMS sending.