Named the country that suffers most from climate change 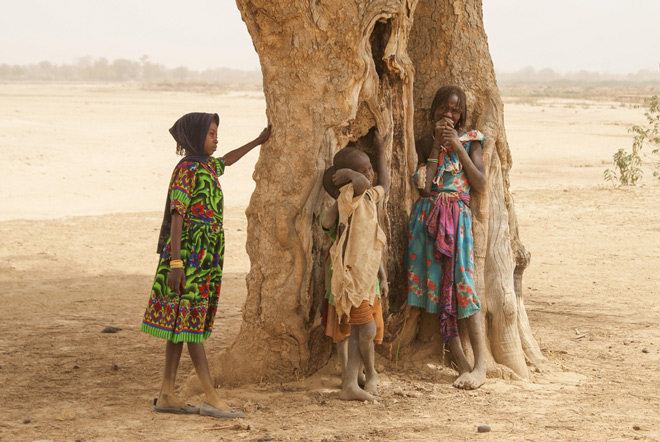 So, why Chad? To begin with, this is one of the poorest countries in the world. About 87% of the population is considered poor – this is the fourth largest indicator in the world. The situation is aggravated by the fact that the country is in civil war or conflicts 35 out of 57 years from the moment it won independence from France.

Since the mid-twentieth century, the temperature in Chad has risen, and the rainfall has declined. 90% of the largest lake in Chad has disappeared over the past 50 years. Climate studies predict that the country will become hotter and drier throughout the 21st century. And this means low yields, ruined pastures and a difficult life for anyone who depends on Lake Chad.

Suffer not only residents of rural areas. During the floods in 2010, 2011 and 2012, untreated sewage polluted water resources, creating a high risk of infectious diseases, for example, cholera.

The population of Chad is predominantly young, and high unemployment among young people raises concerns in the capital of N’Djamena. Because of conflicts, people can not get help during natural disasters, such as droughts and floods.

Chad also has 300,000 refugees from the Darfur region of Sudan. Another 67,000 immigrants from the Central African Republic are in camps on the southern border. Refugees consume the already limited resources of Chad and sometimes compete with the local population.

The crisis of Boko Haram in the northeast of Nigeria spread to the region of Lake Chad. Now there live 60 thousand refugees officially and several thousand illegally.

Despite these problems, there are ways to mitigate the impact of climate change. For example, farmers in the semi-arid Sahel region use rainwater harvesting technology called “Zai” and successfully grow crops. “Zai” is the digging out of small wells and the cultivation of crops in it. Wells retain water for a long time and are especially effective when there is no rain. Another method is agroforestry, a combination of fields and trees on one plot of land. The roots of the trees stabilize the soil and protect it from destruction during heavy downpours, and restore the fertility of the soil producing litter.

Of course, any country is easier to cope with climate change if it is richer. Chad began to produce oil in 2003, and now this product and its derivatives account for 93% of the country’s total exports. However, because of this, the country began to depend on the price of oil. When prices collapsed in late 2014, Chad lost a significant portion of its revenues.