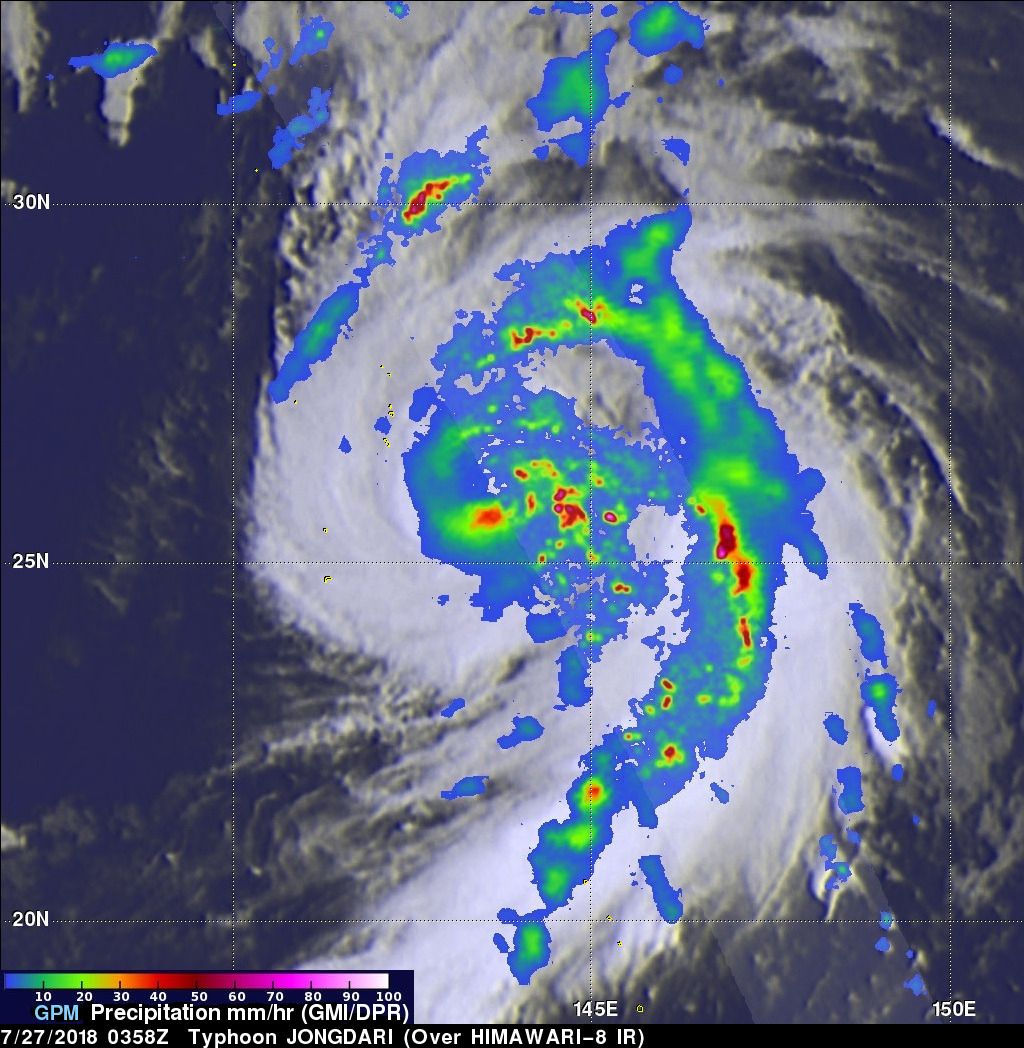 A joint satellite of NASA and the Japan Aerospace Exploration Agency (JAXA) – Global Precipitation Measurement (GPM) – recorded the typhoon Jongdari, which is approaching the southern part of Japan. This is reported by the Space Agency.

On July 27 at 18 hours Moscow time, the satellite photographed a typhoon near the coordinates: 26.5 degrees north latitude and 143.9 degrees east longitude. This place is located 909 kilometers from the southern coast of Japan. At that time Jongdari was moving at a speed of 37 kilometers per hour, the speed of its winds reached 166 kilometers per hour.

Images of GPM indicate that Jongdari is a large and dangerous typhoon. It has extensive precipitation areas near the center. In his analysis, the researchers used the data of a microwave thermal imager and a two-frequency radar for precipitation of GPM. This information helped to establish that in the northwestern strip of the typhoon the amount of precipitation reaches 277 millimeters per hour.

Goddard Space Flight Center (USA) built a three-dimensional cyclone model. It showed the structure and height of precipitation. The height of the highest storms reached fifteen and a half kilometers. Specialists of the United American Naval Center for the Prevention of Typhoons believe that Jongdari will move to the north, and then to the northwest in the next day, and its speed will reach 194 kilometers per hour.