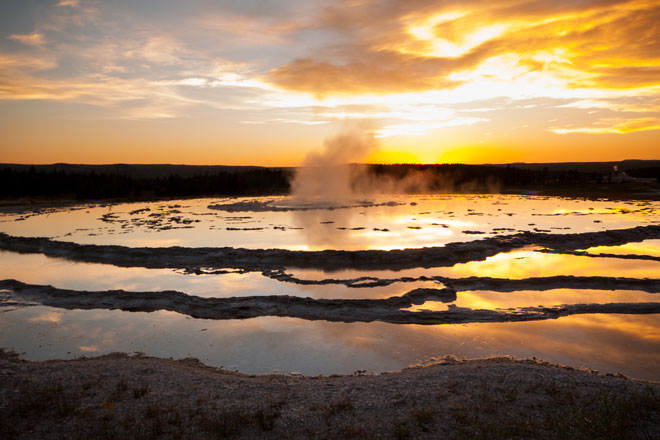 NASA scientist spoke about the threat of super volcanoes, and about risky methods that can be used to prevent a devastating eruption.

Brian Wilcox, a former member of the NASA Advisory Committee for the Protection of the World, shared a report on natural hazards that was not published outside the agency until the last moment.

On Earth, there are about 20 known super volcanoes that have the potential to produce an eruption that will significantly affect the global climate and ecology. A super volcanic eruption can be one short-term event or a long-term huge flow of lava that will pour out over millions of years.

Such an eruption today could cause a long nuclear winter and global hunger. The UN estimates that the world’s food will be enough for the population of the planet for 74 days.

NASA is looking for methods to prevent a super volcanic eruption, but so far, all the proposed methods are quite risky. Some may even cause an eruption, which the space agency is trying to avoid.

One of the most dangerous super volcanoes in the world is under the Yellowstone National Park in Wyoming (USA), where pressure accumulates in a huge magma chamber. From Yellowstone, 60-70% of the heat flows through the water through the water, which seeps into the magmatic chamber through the cracks. The rest is accumulated in the magma and is dissolved in volatile gases. When heat and pressure reach their threshold, an explosion will be inevitable.

NASA believes that if you cool Yellowstone – a huge thermal generator, equal in capacity to 6 industrial power stations – by 35%, then it will no longer be a threat.

But all the proposed tactics seem impractical and dangerous. One already rejected idea assumed the use of water to cool the super volcano. “Building a large aqueduct up the slope will be expensive and difficult, and people will not want to spend water that way,” says Wilcox.

Then NASA thought about drilling a super volcano for 10 km inland with the aim of pumping water at high pressure. Circulating water will return to the surface heated to a temperature of 350 degrees Celsius and, thus, gradually extract heat from the magmatic chamber.

Despite the fact that the mission will cost $ 3.46 billion, NASA considers it the most viable solution. The use of heat as a resource presents an opportunity to compensate for the cost of the project. “You can create a geothermal power plant that will generate electricity at very competitive prices – $ 0.10 per kWh / hour,” says Wilcox.

But this method can cause a super volcanic eruption. “The cap above the magmatic chamber will become more fragile and prone to cracks. And you can provoke the release of volatile gases into the layer of magma at the top of the chamber. ”

Cautious drilling from the lower sides can be an exit, but it will also be a painfully slow process, going at a speed of 1 meter per year, and, therefore, tens of thousands of years will be required for the volcano to cool completely.