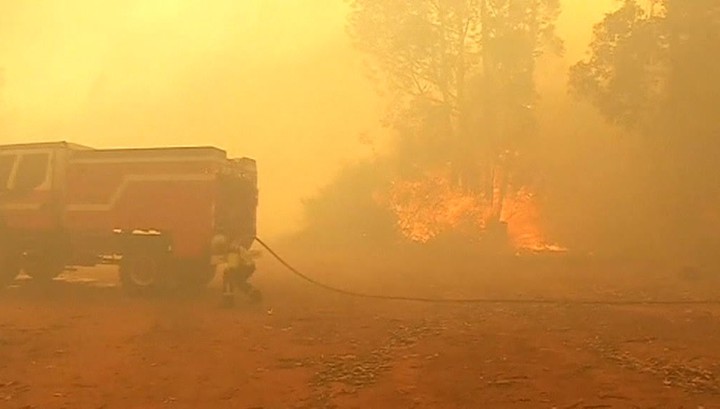 The governor also noted that because of the fire, motorways and local roads were closed. With regard to forecasts, high temperatures and weather conditions increase the chance of further spread of fire.