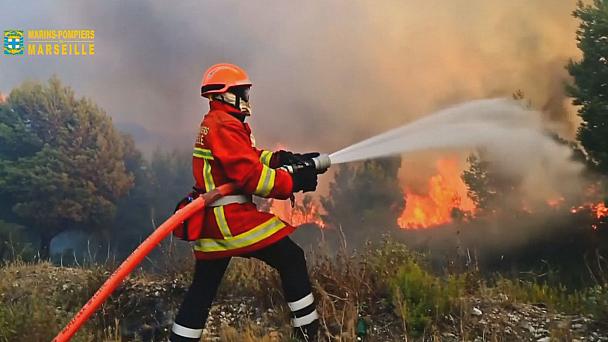 Due to dry, hot and windy weather the risk of forest fires in the French Department of Bouches-du-rhône remains extremely high. On Tuesday the elements, raged almost on the outskirts of Marseille, the second largest city of France, was brought under control. To fight the fire, which destroyed about 400 hectares of land was abandoned 900 firefighters. No human casualties. Not reported on burned-out houses. However, the element is not spared the picturesque Calanques national Park. Says its Director, Didier REO:

The consequences are disastrous… for ten years it has revived the flora and fauna… Nature doing its thing. It was natural recovery. This area is rich in Mediterranean plants. And now I have to start from scratch.

In the West of the Aude Department on Monday burned 800 to 1,000 acres of Bush. Distribution of fire was promoted by a strong wind and drought. Element tamed Tuesday morning. On the spot, in the event of new fires, and remain at least 300 firefighters.