Natural fires in the Volgograd region of Russia 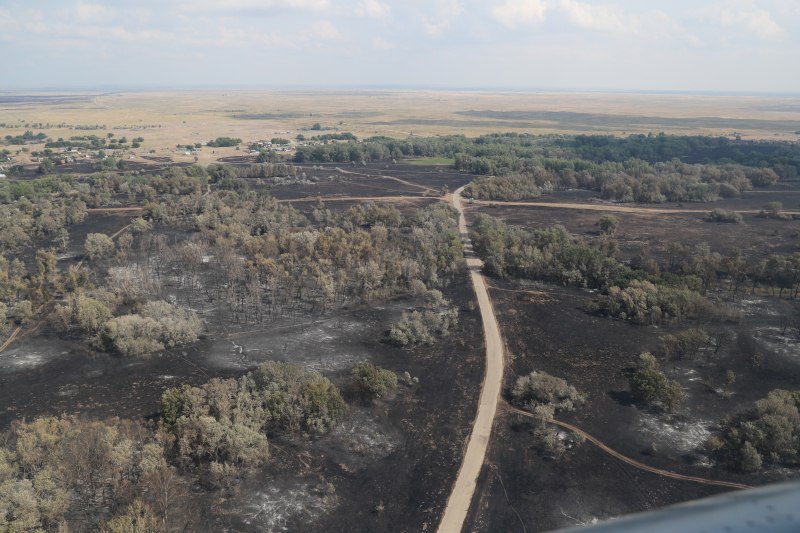 As noted in the Ministry of Emergency Situations, the most difficult situation as a result of the burning of dry vegetation has developed in Sredneahtubinskom, Kamyshinsky, Danilovsky, Olkhovsky, Ilovlinsky districts of Volgograd region, as well as in Volgograd.
In general, around the region burned about 150 buildings, mostly abandoned houses and farm buildings.

In the village of Yagodnoe Olkhovsky district, at least 26 houses were covered with fire. Two people died. After extinguishing a fire in one of the private households, the remains of an 88-year-old man and his 84-year-old wife were found.

The presumable cause of death was carbon monoxide poisoning.
At 22:00 on August 23, the localization of all the fires of natural fires that occurred on the territory of the Volgograd region was declared.