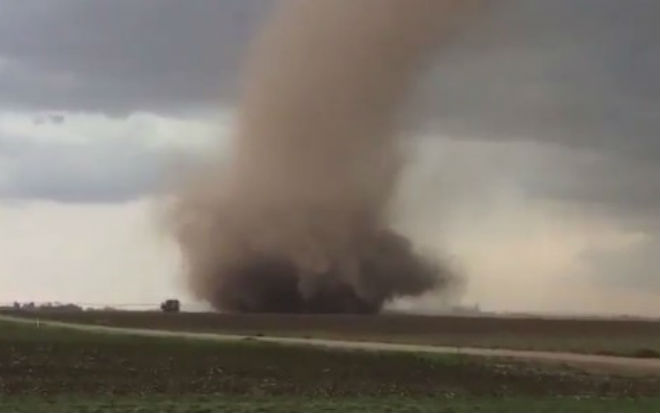 A huge dusty tornado passed near the settlement of Exeter in the American state of Nebraska. There were no reports of casualties and destruction.

The term landsund was introduced by the meteorologist Howard Blueshtein in 1985 for the type of tornado not associated with the mesocyclone or “cloud wall”. It occurs together with the parent cloud during the growth stage and when a vortex appears in the boundary layer.

Dusty pipe is formed during the stage of convective clouds growth as a result of retraction and condensation of the boundary layer of the swirl by the ascending cumulus cloud current.

Most often, the weather phenomenon is observed in arid regions. Such a tornado is weaker than normal, although some can survive for more than 15 minutes and even cause destruction.