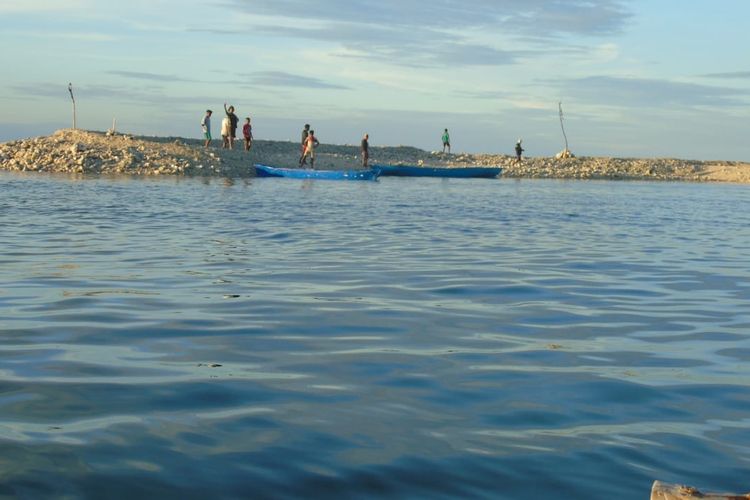 The new island appeared after the tropical cyclone “Seroya” passed here last week. According to official data, a new island has appeared on the island of Rote, and geological research is currently underway.

It is still unknown how the island was formed, but scientists suggest that high waves, strong currents and many tornadoes that engulfed the area played a large role in this.

Geologists also need to determine if the island was created by the formation of gravel bars or if the land was swept away from the mainland by tidal waves.