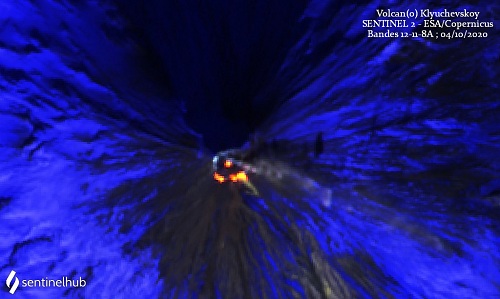 According to the bulletin of the Kamchatka Volcano Response Group (KVERT), a moderate explosive-effusive eruption continues on Klyuchevskoy volcano, with a new outpouring of lava on its southeastern flank.

The explosions send ash to a height of 300-400 m above the crater of the volcano, while a steam-gas plume containing some ash descends along the slope of the volcano in an easterly direction

The Volcano’s Aviation Color Code has been upgraded from green to yellow.