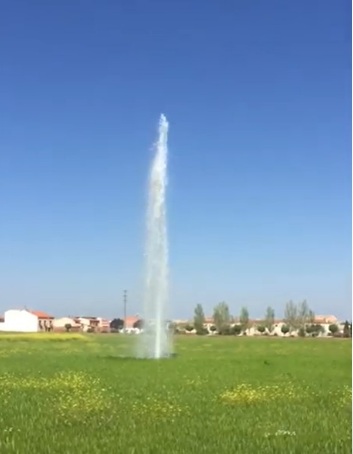 Near the city of Almagro, Spain, a hot geyser formed, shooting water and gas 10-15 meters into the air. Scientists researching the new geyser say it is most likely associated with the volcanic activity of Campo de Calatrava.

But, the new discharge of water is different from previous continuous eruptions.

Each time, the water rose by about 10-15 meters for several minutes, and then disappeared.

The explosion of water is preceded by a loud gurgling sound.

A geyser formed right in the middle of a field where wheat is grown.