New York will be flooded 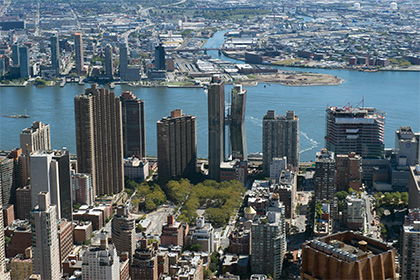 The American scientists predicted to New York flooding after 2100. The research devoted to it is published in the Proceedings of the National Academy of Sciences magazine, briefly reports Ratgersky university about it.

Floods in the city, according to the most pessimistic forecasts of scientists, in the 22nd century will occur to 17 times more often than now. Water level at the same time, by estimates of specialists, will rise to 2,7 meters.

According to scientists, will lead tropical cyclones like Hurricane Sandy to floods. Specialists came to such conclusions, having analysed the data of meteorological observations, geological materials and climatic models considering influence of global warming.

Hurricane Sandy in October, 2012 affected east coast of the USA and the island states located to the south in the Atlantic Ocean. As a result about 150 people died. The general economic damage from a hurricane exceeded 68 billion dollars.

In October, 2016 the hurricane Mathew came to the Caribbean Region. Because of threat of floods the U.S. President Barack Obama imposed state of emergency in Florida and South Carolina. The authorities of the first state about 1,5 million people called inhabitants of the coastal territory, to leave the houses.