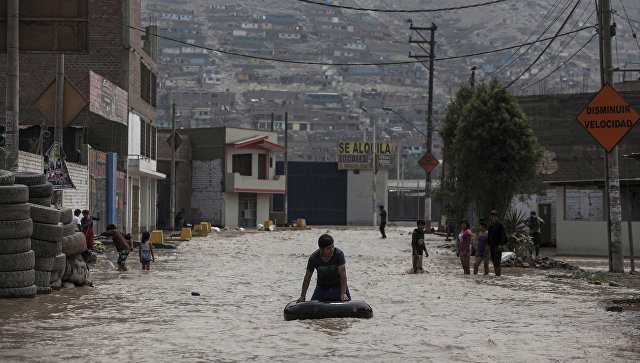 New Zealand is preparing for the most severe storm in the last 50 years, local authorities have ordered the evacuation of people, in some regions of the country declared a state of emergency.

The local weather service predicts that due to the approaching cyclone “Cook” in some regions heavy rainfalls, waves up to five meters high, storm tides and wind speeds of up to 41 m / s are expected.

About 300 educational institutions are closed, many parts of the country are experiencing power outages. Residents were recommended to stock up on basic necessities. Domestic flights were partially interrupted.

According to the publication, a state of emergency was declared on the Coromandel Peninsula (Peninsula of North Island – Ed.) And the region of Bay of Plenty, the residents were instructed to evacuate. Meteorologists warn of a “phenomenal” amount of precipitation, compared with the cyclone “Debbie”. It is noted that the cyclone has bypassed the largest city of New Zealand Auckland.

The last time a cyclone of such power in the country was recorded in 1968. The cyclone “Giselle” hit the country in April, almost on the same day as the cyclone “Cook”. The strength of the wind with him reached a record value. Due to difficult weather conditions, the Vahine ferry, which made regular flights between the North and South Islands of New Zealand, sank. More than 50 people were killed.

Last week, New Zealand conducted a large-scale operation to eliminate the consequences of the cyclone “Debbie”, which caused serious floods and landslides on the North Island.

Cyclone “Debbie” hit the north-east of Australia in late March, he was qualified as a storm of the fourth hazard category of five. The speed of gusts reached 263 kilometers per hour. The cyclone caused significant damage, tens of thousands of people were left without electricity. According to Agence France Presse, at least six people were killed.