Next to Kilauea may appear another dangerous volcano 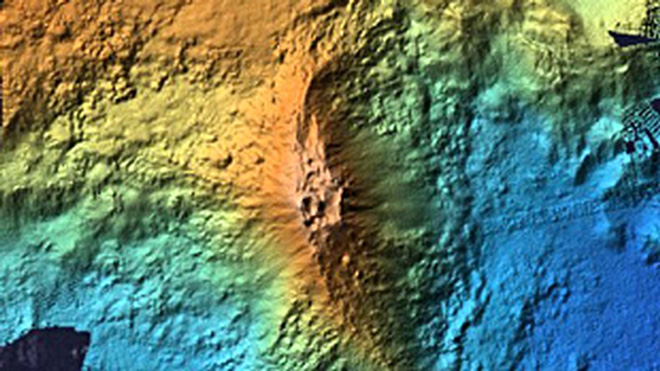 The Hawaiian Kilauea volcano continues to spit out lava and ejaculates the ominous streams of dark ash, and the nearby underwater volcano called Loihi patiently waits for the moment when it finally rises above the ocean.

Like all Hawaiian volcanoes, active and sleeping, Loihi grew from the depths of the Pacific Ocean, when the lava came out of the crack at the bottom and quickly cooled, gradually creating an underwater mountain.

If Loihi continues to erupt lava, gradually increasing the area of ​​its surface, it can become another volcano of the Big Island of Hawaii.

Volcanologists consider Loiha an active volcano, since it erupted not so long ago. The US Geological Survey reports that Loihi is not dangerous, as it is 914 meters below the Pacific Ocean level.

In 1996, Loihe survived a fairly significant eruption. As a result, a part of the summit of the seamount has collapsed.

Although no one saw the eruption in person, the scientists still learned about it. Loiha is located next to the Big Island, so the earthquakes that usually accompany the eruptions were documented by the Hawaii seismic monitoring tools.

Since the violent eruption in 1996, Loiha has died down. A year after the tremors, scientists placed a huge underwater volcanic observatory the size of a refrigerator on top of Loiha. She soon stopped working, but she gave the scientists months of valuable information.

Scientists say that once Loiha will become as high as Mauna Loa today (3657 meters). However, the underwater mountain will have to erupt a lot, at least to touch the surface.

Nobody knows how long it will take Loiha to appear over the surface of the ocean. The US Geological Survey estimates that if Loihi continues to erupt lava at a speed of 5 meters every 1000 years, the volcano will appear in 200,000 years.

Weak seismic activity at Loiha was recorded in 2000, 2004 and in 2017. Therefore, it is possible that soon Loihi will explode again.