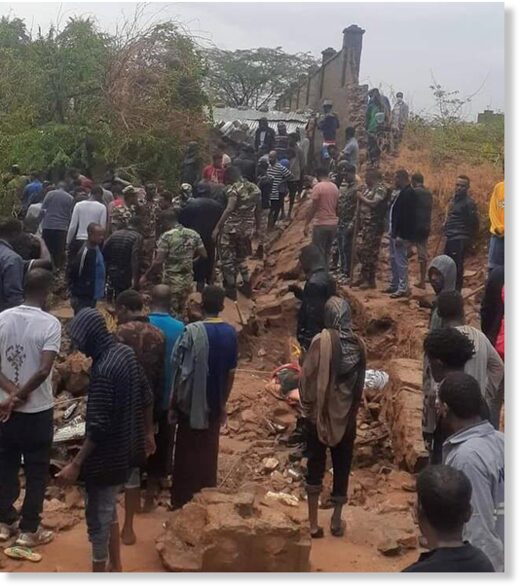 Nine people were killed when a wall collapsed on residential buildings after hours of heavy rain in Dire Dawa City, Ethiopia, May 02, 2021.

Deputy Inspector Bantalem Girma, Head of Public Relations of the Dire Dawa Police Administration Commission, said the accident occurred in Kebele 03, known as Shementeria, after 4 hours of heavy rain that started in the early morning of 02 May 2021. The deputy inspector said a 50-meter-high wall collapsed on three houses, killing nine people.

In late April of last year, at least 4 people were killed in similar circumstances in the city.

Recent heavy rains have also caused buildings to collapse in neighboring Somalia. At least 16 people were killed in the capital city of Mogadishu after heavy rainfall on May 07, 2021.