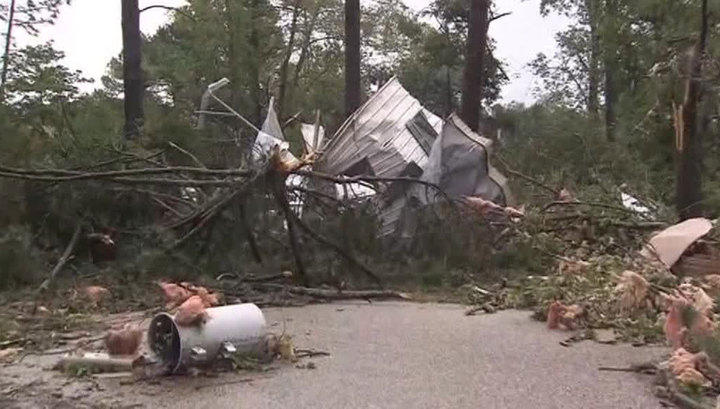 Residents of the American state of Wisconsin are not very lucky. For a day they survived nine devastating tornadoes. Storm fell trees, tore roofs off cars. The wind speed reached 152 kilometers per hour. At least one person was in hospital, reports Mirror.

The footage published below is taken with a camera installed in the car of one of the women in Wisconsin.

Local meteorologists have published an intimidating scheme for the distribution of tornadoes.

Map of the 9 #tornadoes that tracked through northeast Wisconsin yesterday #wiwx pic.twitter.com/oJHqzYTyOt

Prior to this, the taranto crashed into Wisconsin in April 2011.