North America and Europe are under threat of flooding 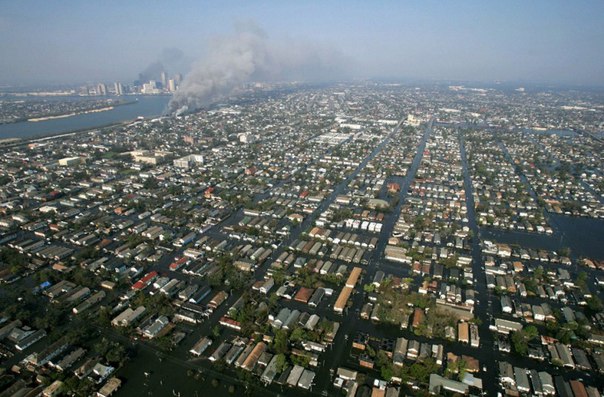 Surveillance drones NASA showed that New Orleans goes into the ground and water with a very non-uniform rate – some areas of the city “sink” at a speed of 5 centimeters per year, while others – only 3.5-4 cm, according to an article published in the journal JGR: Solid Earth.

“The authorities can use the data to improve the effectiveness of measures to slow down and prevent this process, which should help New Orleans and connected to the city coastline continue to exist. In addition, data collected by us will allow us to better predict those areas that are most strongly affected by the floods, which will help us save more lives of people “, – said Kathleen Jones (Cathleen Jones) from the jet Propulsion Laboratory of NASA in Pasadena (USA).

Today, many coastal cities in North America and Europe, including Washington and New York, are at risk of flooding due to the special geological phenomenon – the so-called subsidence of rocks. Such “immersion” can occur for various reasons – this may be to blame as the people pump water from artesian wells and a variety of geological processes, caused by the melting of glaciers in the distant past, and other unrelated things with people.

It tells Jones, something similar happens in the vicinity of New Orleans and the entire southern coast of the United States has tens of thousands of years as a result of growth in sea level caused by the melting of the polar ice cap. In the Mississippi Delta area is a dive into the ground offset by silt deposits, sand and other rocks that fell on land in the river and flood spills.

The construction of dams, weirs and other river constructions changed the picture for the worse – now nothing to prevent subsidence of soil under the New Orleans and other settlements in the Mississippi Delta. Experts from NASA decided to calculate the rate at which it is immersion, and tried to reveal the inner background of this process.

To do this, geologists from the Jet Propulsion Laboratory used special radar mounted on board the drone UAVSAR. These instruments are, according to their creators, are able to “see” the difference in height of the surface in a fraction of a centimeter, which allowed scientists to accurately measure how quickly sank into the ground, not only certain areas of New Orleans, but also at home, and even parts of buildings, combining images 2009- 2012.

As it turned out, the city plunges into the water and the ground is extremely uneven – in some areas the height of the fall speed of 5 centimeters per year, whereas in others it is almost two times less. Such differences, scientists say, suggests that the submerged New Orleans to blame not only the geological processes, but also people.

The main “contribution” to the person in this process lies in two things – in the drainage and discharge of water from some boggy areas of regions, as well as in the construction of artesian wells and the pumping of water from the soil. All this, according to experts from NASA, accelerates the process of subsidence of rocks and makes the coastline of Louisiana vulnerable to the action of natural forces, as was demonstrated in 2005 by Hurricane Katrina.