North America is threatened by a mega earthquake 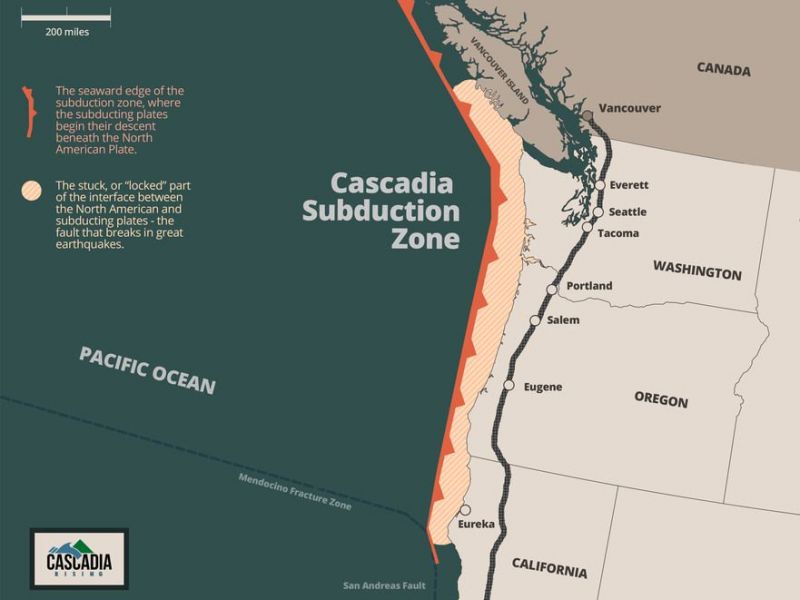 Currently, on the island of Vancouver, in Canada, the frightening signs of a possible powerful earthquake are recorded. This island is located next to the fault zone of the Cascadia. Scientists are concerned that the current series of hundreds of earthquakes can be a sign of an early cataclysm.

An impending earthquake will destroy most of the northwestern region of North America. The director of the northwest branch of FEMA, Kenneth Murphy, said that this natural disaster would kill about 13,000 people and injure another 25,000 people.

According to preliminary forecasts, the strength of the probable earthquake will be at least 9.2 on the Richter scale and will last at least 5 minutes.

When this happens, the northwestern edge of the continent will fall 2 meters down and bounce 30 meters to the west. Not only will this lead to landslides, but some of them will occur under the ocean, which will cause a huge shift of water. The water raises a giant tsunami wave that will go toward Japan and the northwestern coast of North America, just fifteen minutes after the earthquake.

FEMA director in the northwest Kenneth Murphy said that after this cataclysm, about a million people will be displaced, and about two and a half million people will need food and water supplies. The restoration of the destroyed infrastructure will take at least a year and this is only if the main roads, water supply, sewerage work are restored. The general restoration of the destroyed areas can take decades.