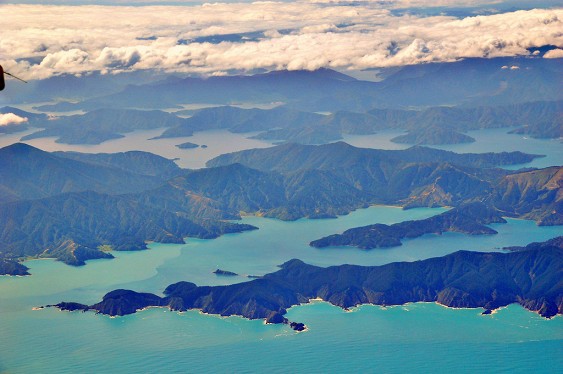 Two main islands of New Zealand – Northern and Southern – became two meters closer to each other. The research associate of the New Zealand national seismological service GeoNet Natali Balfur has reported about it on Friday. The powerful earthquake measuring 7,8 which has occurred in the night from Sunday to Monday which epicenter was on South Island became the reason of rapprochement of two islands.

“The measurements made with use of system of global positioning (GPS) have brought tremendous results – we managed to establish that the cape located on a northeast tip of South Island Campbell has risen almost by meter and has drawn near Severny Island more than on 2 meters”, – has told Balfur. At the same time not only rapprochement of two islands (divided by Cook Strait having width of 22 km in the bottleneck), but also change of a geographical location of many cities and regions of the country have been registered. For example, the capital of New Zealand Wellington (it is located in the south of Severny Island) was displaced to the north approximately on 6 cm, the movement on 2 cm in the northern direction was done” also by the third largest New Zealand city of Christchurch (South Island). The extended area of the western coast of South Island has moved to the east approximately on 10 cm.

According to data of geology, about 90% of the Earth’s surface are covered with 13 largest earth’s plates, and New Zealand is on border of two of them – Australian and Pacific. Continuous friction of edges of these plates the friend about the friend is the reason of very frequent earthquakes and tremors in New Zealand and the water areas of the ocean surrounding her. For the incomplete five days which have passed after a Sunday earthquake, specialists of service GeoNet have registered already over 2,8 thousand repeated tremors.