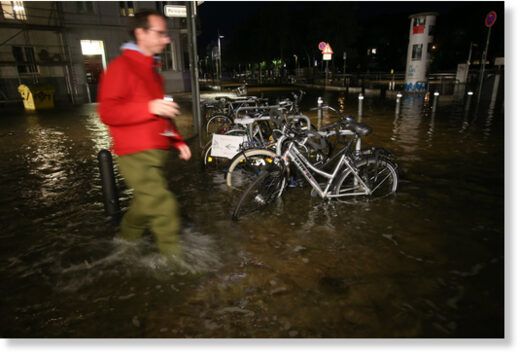 On Thursday, after heavy storms in the northern part of the country, water levels in German rivers rose significantly. In Mecklenburg, the water level has risen almost 1.40 meters above normal.

In Schleswig-Holstein, the Trave river in Lübeck and the Travemünde region reached a height of approximately 6.26 meters. This led to flooding in the Obertraw area in the old town of Lübeck and in parts of the waterfront in Travemünde.

According to the Administration of Waterways and Shipping, the normal water level is five meters.