Obama was terrified of data on global warming 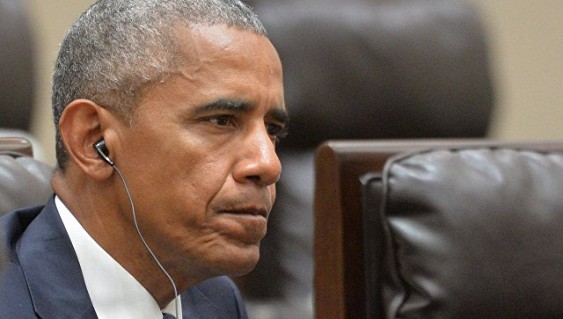 President Barack Obama has said that he was concerned about the global warming, which the American scientists give him.

According to the head of the state, these data are “appalled”. “The main problem is that it’s not an instant catastrophic event. Sedentary is a problem that every day is not visible to the people,” – said Obama.

The US President stressed that climate change remains the biggest long-term threat facing the world”. However, he noted that this threat today manifests itself in droughts, hurricanes, and floods. According to Obama, the most powerful his legacy will not reform health insurance, not rescue “the sinking ship of the American economy,” and not that he became the first black President, namely his efforts to slow global warming.

The US President said that thanks to him and his team the Americans have realized the real significance of the problem. Obama also noted the importance of the Paris climate agreement.

This document was signed in December 2015 at the conference in Paris. Then, 195 countries have agreed to prevent the increase in the average temperature of the planet by the year 2100 by more than 2 °C compared to pre-industrial levels. According to scientists, more severe temperature increases will lead to irreversible consequences for the ecology of the planet.