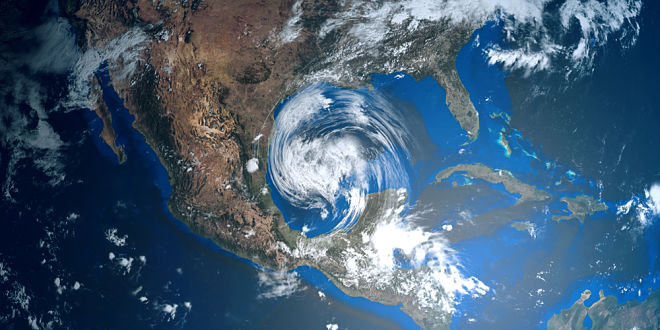 “Harvey”, “Irma”, “Maria” – three hurricanes that hit the coast of the United States, being the fourth category hurricanes, in 2017. It is likely that they have reached such strength due to the abnormally warm waters of the Atlantic Ocean, as the new study, published in the journal Science on Thursday, September 27, says.

In subsequent decades, when the ocean warms even more due to the increasing concentration of greenhouse gases as a result of human activity, such force may become even greater hurricanes. Given the damage caused by the hurricane season of 2017 (10 hurricanes in 10 weeks), it is difficult to predict the consequences of the recurrence of such natural phenomena that recur with even greater frequency.

The authors, led by Hiroyuki Murakami from the Laboratory of Geophysical Fluid Dynamics NOAA, conducted experiments with modeling. Active hurricane seasons in the Atlantic (such as in 2017) are often associated with La Nina in the Pacific. They are cyclical, appear every few years and, as a rule, many hurricanes form at this time. Interestingly, El Nino, by contrast, provokes strong winds, which tend to suppress the development of hurricanes.

But based on the results of their modeling experiments, the researchers ruled out that La Nina is the main driving force of the 2017 hurricanes. The warm waters of the North Atlantic Ocean, according to scientists, played a much more important role. It is worth noting that the most active are considered hurricanes, corresponding to a category not lower than the third on the Saffir-Simpson scale. The storms of 2017 were able to gain so much power not only because the waters of the Atlantic Ocean were warm, but also because they were much warmer (compared to normal indicators) than the rest of the world’s ocean. In an interview, Murakami explained that when the Atlantic Ocean is much warmer than other oceans, the atmosphere becomes more unstable, and intense hurricanes are gaining momentum. But when ocean temperatures are warmer than usual everywhere, the formation of large hurricanes in the Atlantic becomes less likely. The simulation results show that in the coming decades the Atlantic will become warmer than other oceans. This will increase the risk of active hurricanes in the Caribbean, near the east coast of the United States and above the waters of the Atlantic.

Murakami linked the abnormally high temperatures of the Atlantic Ocean in 2017, both with climate warming as a result of human activity, and with natural changes. In the future, he said, he expects anthropogenic climate change to play a more dominant role.

Hurricane Researcher Brian McNoldy of the University of Miami praised the research methodology, but was not convinced that hurricane activity in the Atlantic in 2017 could be directly related to human activity. According to him, although the gradual development of the ocean may affect the increase in hurricanes, it is better to avoid the tendency to associate climate change with specific storms, seasons and pools.