Off the coast of Florida, there are too many sharks 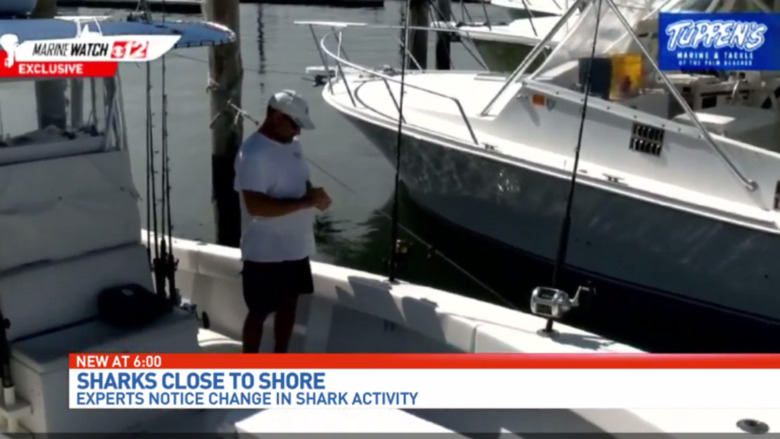 Fishermen, who are fishing near the shores of Palm Beach, Florida, are concerned that there are more sharks in these waters and they are becoming more aggressive. Recently, two shark attacks on people with serious injuries have been recorded.

Captain Greg Bogdan knows these waters well, he has been working here for three decades and he notes that times have changed. Now it’s much harder to catch a large fish, because in these waters there are a lot of sharks. Greg says that just yesterday a large bull shark in the eyes of fishermen gobbled up large fish from the catch.

Sharks also attack commercial fishing nets and eat out almost all the prey.

CBS12 journalists contacted the University of Florida and questioned the expert Stephen Kajiur about the unusual increase in the number of sharks and their aggressive behavior. The expert said that while they did not carry out thorough studies of this issue, but the shark probably really got bigger and the university management knows about this problem.

“I can guarantee you that you can easily catch a shark here at any time and when you catch it, there will be a lot of other sharks around.”

The latest attack of the shark happened on October 23. A woman named Susan Piteka made her daily morning swim along the coast at 8 o’clock in the morning and near the park John D. MacArthur State Park a shark attacked her, severely injuring her arm.

At the same time, the woman did not see the shark until the moment of the attack, the predator appeared suddenly and attacked a man in a place where the depth was only one and a half meters. 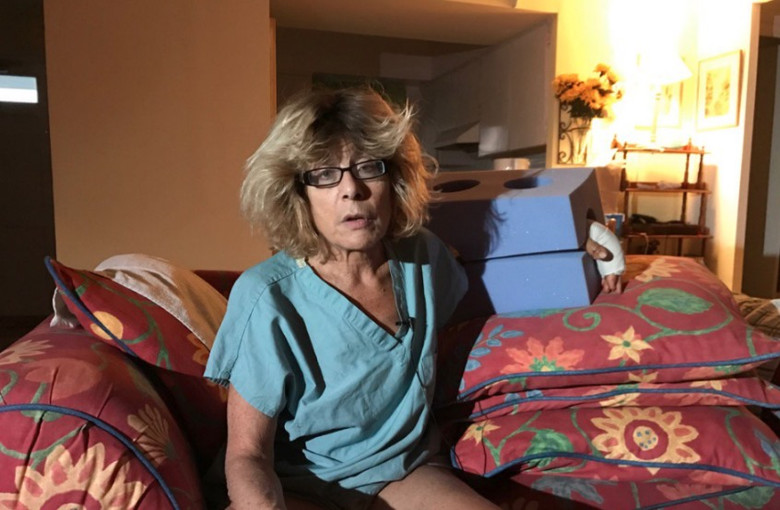 The shark bruised her arm badly, injuring tendons, ligaments, nerves and bones. Susan with horror recalls how she saw in the water her blood and pieces of flesh from her own hand. Susan works as a nurse and therefore, as soon as she got ashore, she immediately bandaged her arm with a tourniquet, so as not to lose more blood.

Now Susan also warns other swimmers that sharks have become more aggressive. Previously, she did not notice this, although she had swam in the ocean hundreds of times in these places.

The woman with sobs remembers how immediately after the attack of the shark she thought she would die and even asked her to bring the priest to the hospital. According to doctors for a full recovery, Susan will need more than a year and not the fact that after that the hand will be in working order.