Off the coast of Japan are dying EN masse horseshoe crabs 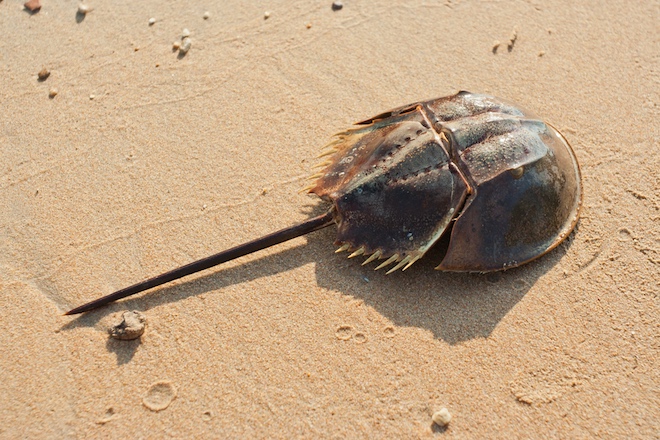 Horseshoe crabs have successfully survived five mass extinctions, and now gradually disappear from the face of the Earth. In 2016, Japan marked the mass death of these ancient arthropods ship-sword from behind.

Living fossils — the so-called horseshoe crabs because of the appearance, which has been preserved since prehistoric times. It is possible that soon these marine life remain only fossils. Usually while laying eggs on the Bank of Kitakyushu killed 50-60 individuals from 2 thousand. This year on land died 500 horseshoe crabs.

The reasons can be numerous — a sea-level rise, global warming, shortage of food and places to lay eggs. To figure out the exact cause remains a Japanese scientist. The death of 500 representatives of the order — a severe blow to the horseshoe crabs. These arthropods later reach sexual maturity at 9-12 years, despite the fact that they live about 20 years.

Two species of horseshoe crabs inhabit in India and also experiencing not the best of days. All the signs indicate that ancient creatures could be on the verge of extinction.