Off the coast of Mexico formed hurricane 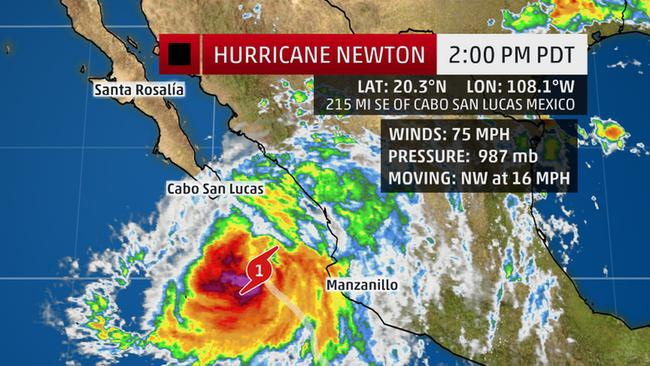 Tropical storm Newton scored the force of a hurricane the first category in the Pacific ocean. He moves towards the coast of the Mexican state of Baja southern California. It is expected that the hurricane will hit September 6.

Now the Newton is approximately 220 km from the coast of Jalisco and 440 kilometers from the southern Lower California.

Hurricane to hit the state on the morning of September 6 local time, said the state Governor Carlos Mendoza. In this regard, given the increased willingness of the civil defence force, opened temporary shelters.

In connection with danger of impact “Newton’s” the local authorities have suspended classes for 240 thousand students, and severely restricted shipping, from Tuesday stop flights to the city of La Paz and Los Cabos. In the past, there are currently about 11 thousand tourists.