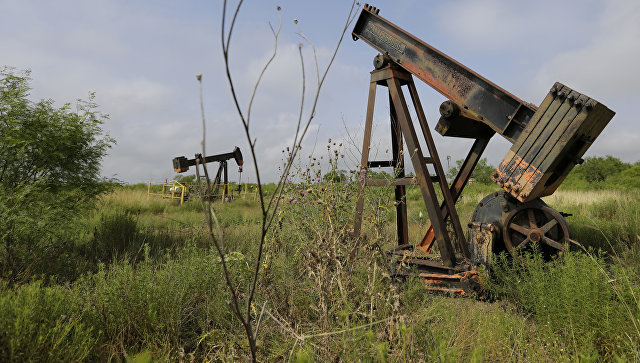 Oil production in the beginning of the last century could be one of the main causes of a series of powerful earthquakes in Los Angeles and in other cities in California in 1920 and 1930, say geophysicists in an article published in the journal Bulletin of the Seismological Society of America.

When the oil producers have developed the technology of water injection into wells and changed the entire culture of oil production in General in 1935, a similar earthquake had actually stopped. We can say that such disasters are the exclusive phenomenon of the early 20th century, said Susan Howe (Susan Hough) from the U.S. Geological survey.

According to Howe, she and her colleague Morgan Paige had actually done the work, which involved the legendary Charles Richter, one of the founders of modern seismology and the author of the scale, which today uses the press and scientists to assess the strength of earthquakes.

Studying the archives of the California Institute of technology, where he worked for Richter, Howe found that he was a witness to one of the strongest earthquakes in California, which occurred on July 8, 1929 in the town of Whittier in southern California. Richter described the consequences for this disaster in the notes, which then was never published until then, until they found How.

By studying these records of the great seismologist, Howe noticed that the earthquake and three other similar events in the 1920s and 1930s – an earthquake in long beach in 1933, in Santa Monica in 1930, and in Inglewood in 1920, is similar in its properties to a series of tremors in Texas at the same time. These earthquakes in Texas, as recently discovered by scientists, have been associated with the barbaric methods of oil production on the territory of Eastern USA in the early last century.

Following this idea, Paige and How checked whether this is true for California. Oil production in the state, as the scientists explain, began in the 90 years of the 19th century, and the beginning of 20 years California has become one of the major oil producing regions of America. For this reason, scientists gathered statistics on the frequency of earthquakes in the southern U.S. at this time, and compared it with the data that they managed to find the development of the oil industry of California in the twenties and in the era before the First world war.

The force of the shocks, the location of their foci and epicenters, as well as other seismic parameters, according to How and page, dependent on the depth of the well and how much oil it pumped. For example, the epicenter of the earthquake in long beach was actually inside oil wells Huntington beach opened in the late 1920’s.

Such a clear link between earthquakes and oil production, as scientists believe, due to the barbaric methods of oil production at the time. It tells How, when no one thought about security and the fact that the rocks of the earth subside after pumping oil, and just drill wells and extract oil from the ground, not replacing it with water.

This led to a sharp subsidence of the ground tens of centimeters, which caused serious changes in the pressure of the layers on top of each other in the vicinity of the faults existing in California that gave rise to the earthquake. Today, as the scientists, the increased frequency of earthquakes in California is not associated with oil production, while in other States, apparently, these things sometimes happen.

This is a decent article. It would be nice if you proof-read the article before the post. Howe’s name is frequent spelled How, and Dr. Page’s name is not always capitalised.