On approach to Moscow, two airliners were damaged by lightning strikes 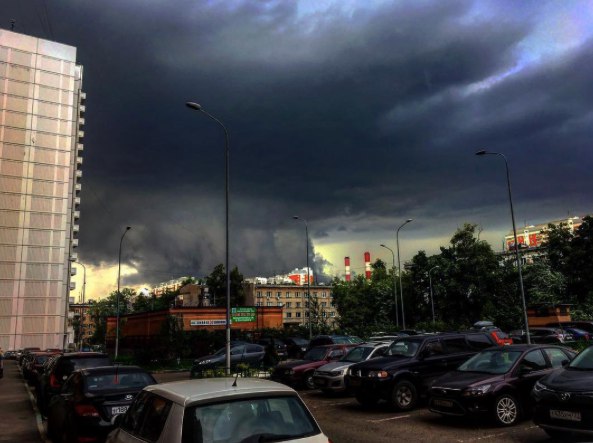 Two passenger aircraft were damaged by lightning on approach to Moscow. Traces of a lightning strike after landing were found on Boeing, which flew to Vnukovo from Astrakhan, and Airbus, who arrived in Sheremetyevo from Prague.

None of the passengers and crew members were injured. “On one of the aircraft, several rivets were melt on the fuselage shell, on the other, damages were found on one of the stabilizers and fairings.”

In some areas of Moscow has already passed or is pouring rain, sometimes with hail. In some areas, the rain is a wall, but there were no calls to the operational services, they reported emergency services. Eyewitnesses report hailstones the size of a chicken egg. In some parts of the roads and in low-lying areas, flooding is already observed.

The air traffic control services of the Moscow airspace reported that the capital airports are not going to suspend work or cancel flights due to bad weather. According to the source of the agency, “in any case, approved the scheme of aircraft receiving spare airfields,” but airports, “most likely, will work in normal mode.”

Delays and cancellations of flights at Moscow airports on Friday are not related to weather conditions, the air traffic control services stressed. 31 flights were detained at airports, three were canceled. The press service of Sheremetyevo Airport reported on possible minor delays during a thunderstorm over the airfield.

Recall that in Moscow and the suburbs, a storm warning has been issued in connection with the impending heavy rainfall. According to weather forecasters, by the amount of precipitation the weather on Friday can break the record of 50 years ago.

The main revelry of the elements is expected from 15:00 to 21:00. The hydrometeorological center issued a storm warning until 3 am on 1 July. At thunderstorm the squally wind will increase to 19-24 meters per second. Partly expected grad.