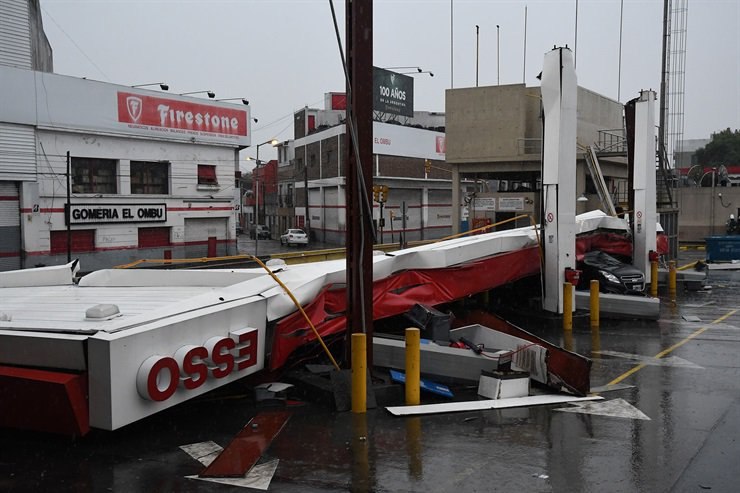 Two people were killed and dozens were injured of varying degrees of severity during the intense rains and squally winds in the early morning (local time) in Buenos Aires.

In the municipality on February 3, a 42-year-old man and his 17-year-old son were killed because of contact with electrified tattered wires in the yard of their home, the municipality said.
Flooded streets, broken power lines, dozens of broken or fallen trees, blown away by the wind of the roof. More than 140,000 people are still without electricity. Part of the city traffic lights went out of order.

The strongest gusts of wind were recorded at 03:00 and 06:30 local time. At about 03:30, a huge advertising poster for four houses collapsed.

The National Meteorological Service reported that within 24 hours in the capital dropped about 108 mm of precipitation, when in the forecast from April 27 to May 03 was written only about 70 mm.