On Earth, the number of insects has sharply decreased 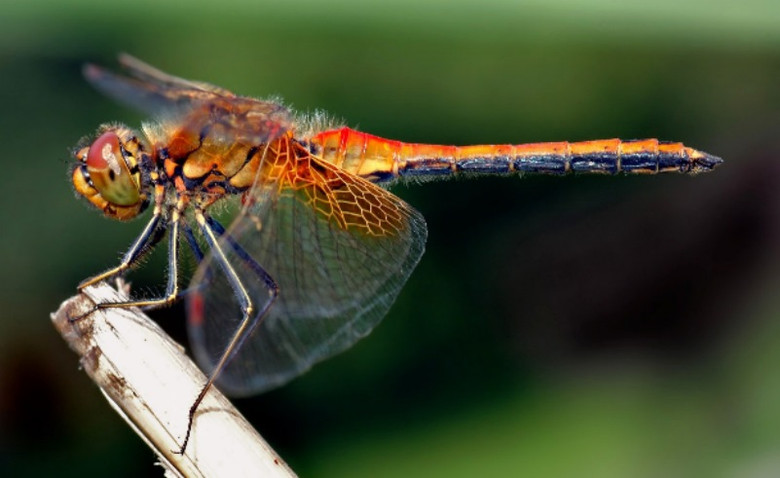 And the first to notice is the drivers: the windshields of their cars now remain clean even on fast country trips. But in fact, before – remember – they were completely spattered, they had to thoroughly wash them from the remains of all kinds of flies, bugs and other moths. Drivers bought special cleaning liquids. And now they are not needed. There is dirt, there are no remains.

Before, insects broke about the windshields, and now – they – the glass – remain clean.

“The phenomenon of windshield” – the entomologists called the situation that has developed throughout Europe. He confirms better than others: something is amiss with nature.

Stricter observations show that in about a quarter of a century the number of insects decreased by 80 percent. So depressing result scientists have received, having compared number of flies and bugs which got to traps before and now.

Entomologists sin first of all on chemistry: they say, farmers and other agricultural workers are guilty, who poison insects with insecticides. They are poisoned – supposedly harmful, but everything perishes.

There is, however, another hypothesis: the forms of modern cars have become more streamlined – from this less bugs are fighting about them.

Something tells me: all entomologists are right. After all, reducing the number of insects can be part of a larger process – the mass extinction of living things in general – the sixth in a row.

That it began began with American scientists from Princeton, Stanford, California universities and their Mexican counterparts from the National Autonomous University of Mexico. They, as they say, looked around, were horrified and prepared a report. It is published in the journal Science Advances.

According to biologists, extinction is organized by humanity itself, provoked by its destructive activity for the planet.

According to one of the leaders of the study, ecology professor Paul Ehrlich, since 1500 our world has irretrievably left 320 species of vertebrates from one of the world’s leading scientists, Paul Ehrlich, the Bing Professor of Population Studies in Biology and a senior fellow at the Stanford Woods Institute for the Environment.

Earlier, once in 100 years, two types of mammals died out, now the rate of extinction has increased almost 100 times. And it is approaching the one with which species died out 65 million years ago, when the Earth parted with the dinosaurs.

Which year the World Wildlife Fund (WWF) beats alarm. In his next report on the state of the bioresources of the Earth, he said that these resources in the past 40 years have been reduced by about a third.

In other words, we already “used” a third of our planet for our own needs-ate and digested, burnt, cut down, poisoned, and killed with windshields. At that the speed of “use” during the reporting period has increased twice.

The most wasteful, according to naturalists, live Qatar, Kuwait, United Arab Emirates, Denmark, USA, Belgium, Australia, Canada, the Netherlands and Ireland. If everyone lived like that, then for further existence, humanity needed five more such planets as ours.

Russia, incidentally, refers to the native planet very carefully (in comparison with many others) – occupies 33 places in the list of pests.

Along the way, experts noted that biodiversity is rapidly declining. And life on the planet is becoming scarcer. Every year 25,000 species of animals and plants disappear from it.