On Kamchatka avalanche danger is announced 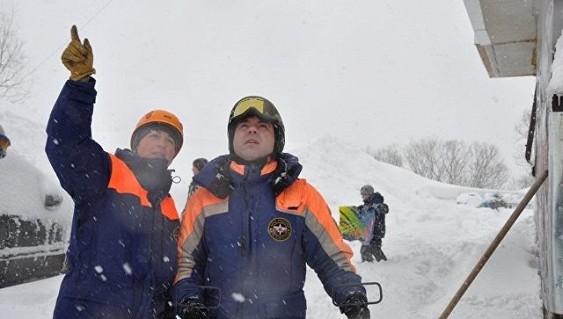 The Kamchatka regional antiavalanche center announced storm warning because of the increased danger of an avalanche from slopes of volcanoes and hills.

“During the period from 15:00 local time (6:00 Moscow time) on November 21, 2016 till November 24, 2016 inclusive the spontaneous descent of avalanches is possible across mountain territories of Ust-Bolsheretsky, Elizovsky (especially Paratunk river basin), including across the territory of Kronotsky Biosphere Reserve, Bystrinsky, Milkovsky, Ust-Kamchatsky municipal districts, the city of Petropavlovsk-Kamchatsky, and also from volcanoes Vilyuchinsky, Kozelsk, Koryak and Avacha” — have reported in the center.

The head department of the Ministry of Emergency Measures of Russia in Kamchatka Krai recommends to heads of the organizations conducting works in mountains to tourists, athletes and hunters to accept increased security measures and to refrain whenever possible from visit of avalanche slopes in the next few days.

On Monday morning two cyclones have fallen upon the southern regions of Kamchatka at once. They have brought strong snowfall and wind on the peninsula. Field services of the region work in high alert. Because of cyclones classes at schools are cancelled. According to weather forecasts, weather on Kamchatka will begin to improve on Tuesday evening.