On Kuriles Vulcan Ebeko has thrown out an ashes column 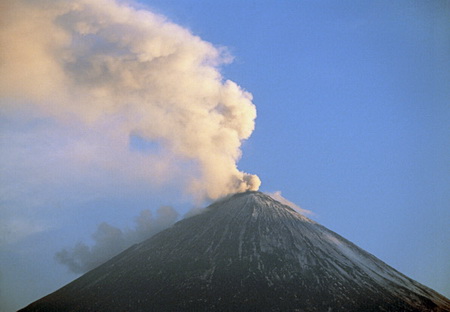 Vulcan Ebeko who is throwing up on one of the Kuril Islands – Paramushire, has thrown out an ashes column, the Ministry of Emergency Situations of Russia of the Sakhalin region reports on Friday.

“Peplovy emission has happened on Friday. In the city of North Kurilsk of ashfall it isn’t observed, the smell of volcanic gases isn’t felt”, – it is said in the message.

The Ministry of Emergency Situations emphasize that the population doesn’t have threat to security.

Last time the volcano was thrown up in 2012, then there has come the calm period which lasted till October, 2016.

The strong ashfalls polluting an open water intake of the city and complicating breath of people, poisoning of people with volcanic gases, descents of the mud streams caused by a volcanic eruption can constitute danger to residents of North Kurilsk. Peplovy loops of Ebeko are dangerous to aircraft.

For the last 2400 lava streams with Ebeko researchers are noted. The volcanic eruption is expressed in constant emission of steam and volcanic gases over a crater with ashes impurity.