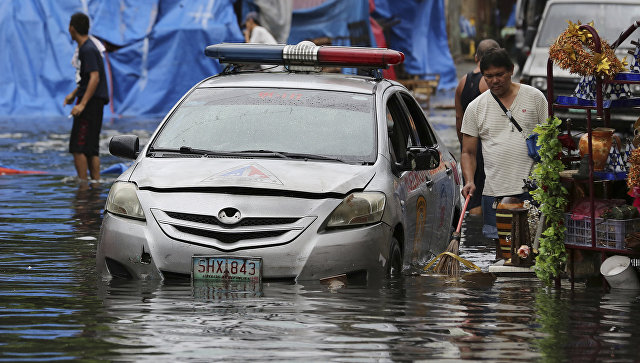 The number of the victims of the typhoon “Noctenum” on Philippines reached six, 18 people are reported missing.

The typhoon caused flooding of roads and rural areas, destroyed houses and damaged sea vessels. In the coastal province Batangas the ferry therefore one crew member died sank and 18 were missing, the coast guard reported. Five more people died in other incidents.

As reports the agency, more than 429 thousand people were evacuated from the houses, more than 330 flights had to be cancelled because of a typhoon. The authorities carry out damage assessment.

“We saw many houses destroyed by the strong wind. Infrastructure, such as schools and hospitals, is destroyed too. We still expect concrete force of the destroyed houses to make estimation of cost of damage” — the representative of the agency of prevention of consequences of natural disasters reported.

Every year during a rainy season from June to December about 20 storms and typhoons fall upon Philippines, however the supertyphoon “Yolanda” which passed in November, 2013 through its central part (on the international classification ─ “Haiyan”) which brought with itself(himself) winds the speed of 315 kilometers per hour with rushes to 380 became the most pernicious for all history of the country. The number of Filipinos, dead or missing persons as a result of violence of elements, exceeded 8 thousand, the supertyphoon completely destroyed or partially damaged 1,1 million houses, having deprived of housing 4 million people.