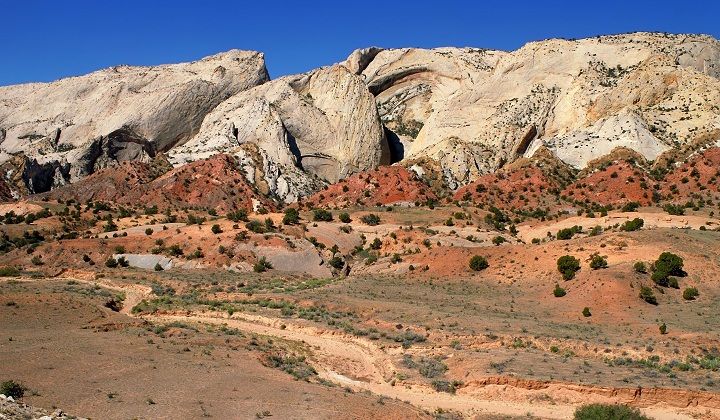 The network of faults that lines the border of California and Nevada East of the Sierra Nevada, can be close to rupture and a large earthquake. This conclusion was made by specialists of the Ludwig-Maximilian University in Munich, published their findings in the scientific journal of the American geophysical Union (American Geophysical Union).

Seismic zone effusions whole grid faults capable of generating moderate to large earthquakes. Scientists report that over the past 1400 years there have been at least 17 powerful seismic events. Small tremors in recent years, recorded not by chance, but the result of accumulated stress from previous earthquakes.

As you know, the faults on the West coast of North America are the result of the collision of the Pacific and North American tectonic plates. Some of them, such as the San Andreas, have clearly defined boundaries and well-studied. If to speak about the faults on the border of Nevada and California, they are a network of many small cracks, which occupy a vast area and are distinguished by their complex interaction with each other.

According to the geologist Alessandro Verdecchia from the Ludwig-Maximilian University, during the study, experts evaluated all the aftershocks in the region, with 587 until 1954 and found that most seismic events were in the so-called stress pendant. This means that post-earthquake stress in the earth’s crust is not released and travels along the fault and accumulate in new places. 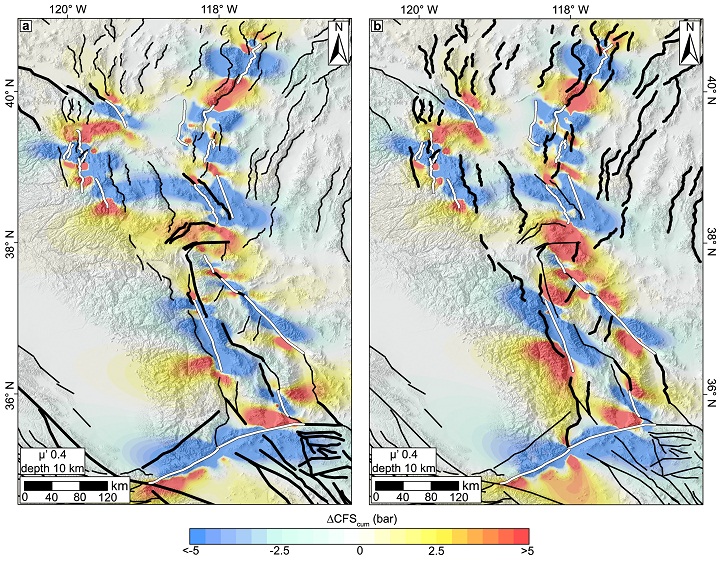 Map of faults on the border of Nevada and California. The red areas are places with the highest voltage.

During the analysis the researchers made three-dimensional computer model of the seismic zone and tried to identify those areas where there is stress pendant. It was found that 80 % of earthquakes in the region occurred in areas where the growing tension was the highest. At the moment, the same high pressure in the range from 27 to 45 Bar (enough to run moderate to large earthquakes) has accumulated on three faults called fish lake, Pyramid and honey, located between death Valley (CA) Reno (NV).

If we consider that these faults are close to each other and maintain the relative peace for over 1000 years, we can assume that they are ready to rupture. “Indicators of stress on faults very close to the tension before a major earthquake,” says Alessandro Verdecchia. “This means that they are capable of catastrophe.”

At the same time, the scientist adds that predictions of earthquakes generally have a lot of uncertainties, so large-scale event on the border of Nevada and California is not necessarily inevitable. According to him, the main task of scientists today is to minimize these uncertainties.