On the Chinese typhoon “Nesat” 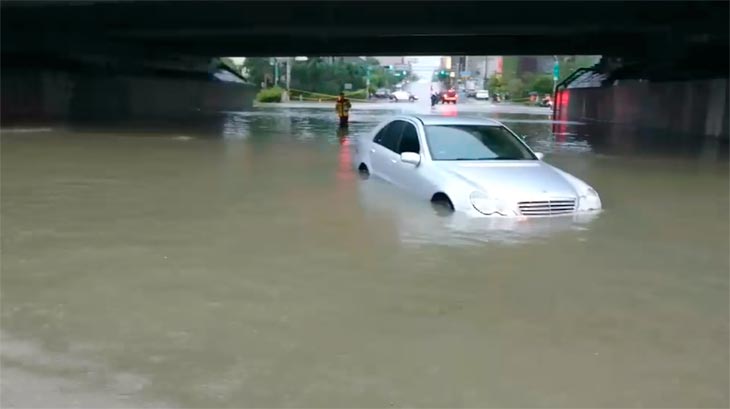 Typhoon “Nesat”, the ninth this year, on Sunday morning hit the southeast of the Chinese province of Fujian.

According to local meteorologists, Nesat, with wind speeds of up to 33 m / s, landed onshore in the coastal city of Futin at around 06:00 local time, breaking the Pintan Island.

Local government in Fucine ordered officials and volunteers to step up patrols to ensure the safety of local residents, as heavy rain fell on the city.

At about 10:00 Nesat weakened to a tropical storm and, moving northwest at a speed of 15 to 20 km / h, continued to lose strength.

According to the forecast of the National Meteorological Center, Typhoon “Haitang”, the tenth this year, was to crash to the south of Taiwan on Sunday evening, and then hit the province of Fujian on Monday morning.
It was assumed that two typhoons would bring heavy rains and a powerful wind to the coastal province, the provincial flood control authority said.

In some places, up to 500 mm of precipitation may fall out, and mountain areas may face high risks of geological catastrophes, the report said.
On the eve of the arrival of the elements in the safe areas from fish farms in the province of Fujian were evacuated 27 thousand people.

According to the latest data, as a result of the passage of the typhoon “Nesat”, over 570 thousand houses were left without electricity in Taiwan, more than 10 thousand people were evacuated, at least 109 people were injured, mainly due to the fall of various structures and in car accidents. In the southern region of Pintun recorded 584.2 mm of precipitation.

“Nesat” with torrential rains left on land in the north-eastern part of Thailand on Saturday, July 29. The maximum wind speed reached about 130 km / h. On the coast, waves rose to 15 m.