On the flooded streets of London floating on mattresses 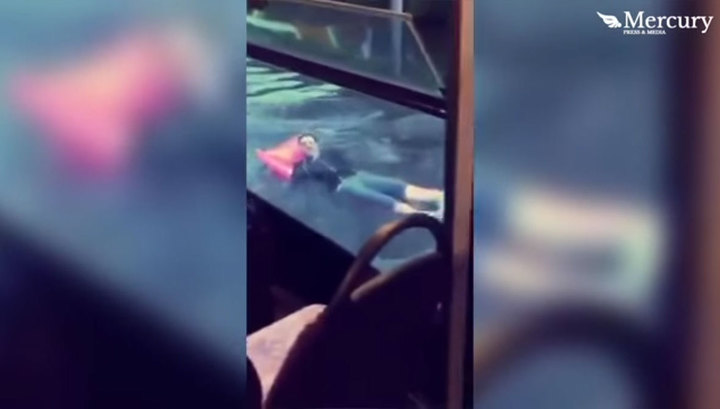 A group of young people from the suburbs of London, tired of standing in the bus traffic, which arose as a result of the June flooding in the British capital, and decided to get around by swimming. On an inflatable mattress.

21-year-old James Knowles was driving with two friends in the bus, suddenly his companions offered to bet £ 30 ($50) that he will not be able to swim in the flooded streets on a mattress. Said – done, the company came to the next stop and went to the store where I bought an inflatable raft. In a few minutes Knowles was floating on the highway near public transportation.

The act of a young man took video of another friend of his, who serendipitously drove by in the bus. Daredevil said that he was a lot of fun, but he still has not received the promised friends 30 lbs.