On the island of Lombok, another earthquake occurred 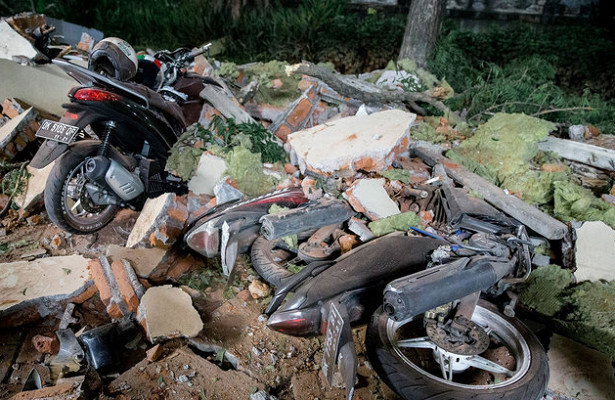 On the Indonesian island of Lombok, a new underground push with a magnitude of 5.5. The epicenter of the earthquake was 47 kilometers north-east of the city of Mataram.

Last Sunday, August 5, a powerful earthquake with a magnitude of 7 occurred on the island. After this impact, a large number of aftershocks, including strong ones, were recorded in the region.

According to the latest data, about 100 people became victims of the earthquake, 230 more were injured. Representatives of local authorities suggest that, most likely, the number of dead and injured will grow.

As a result of the earthquake on the island of Lombok, bridges have been destroyed, in some areas, the supply of electricity has stopped, roads have been damaged. In temporary shelters are placed about 20 thousand people.