On the shore of the Baltic sea threw the dead swordfish 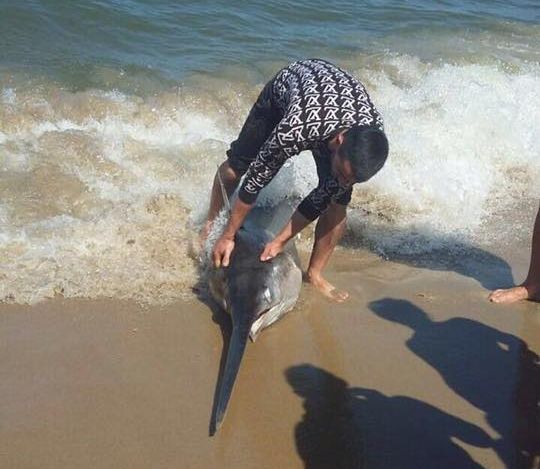 On the shore of the Baltic sea threw out a dead swordfish, which is found mainly in tropical waters, the Director of the national Park of the Curonian spit Anatoly Kalina.

Kalina argues that this case can be associated with an increase in temperature of the Baltic sea.

Friends sent pictures of fish, like the sailfish is a species of Marlin. Dead fish washed up on the shore, but our water is appropriate for it. Then it was taken away, who now are looking for because it would be a very interesting exhibit, ” said Kalina. 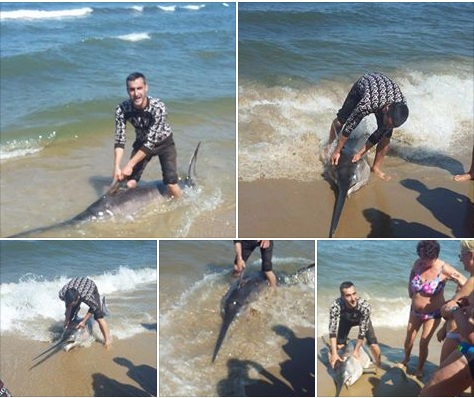 As reported by a spokesman for the national Park Curonian spit Olga Bolshakova, specialists of the scientific Department has determined that the swordfish is a fish that swims in the waters of the Baltic sea are very rare, and if it fails to find my way back to the ocean, it dies due to the lower salinity.

Bolshakov noted that in 2002, on the Lithuanian side of the Curonian spit near the village of Smiltyne caught a 50-pound sword-fish with a length of 235 cm, and in 2003 and 2009, swordfish was discovered off the coast of the Curonian spit and in the area of Baltiysk. Sword fish can reach five feet and weigh over half a ton.