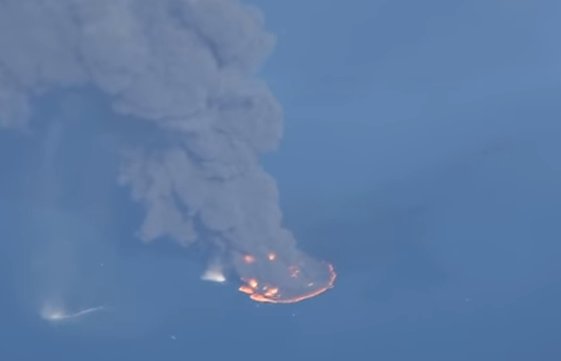 On the surface of the East China Sea, after the collapse of the Iranian tanker, a giant burning oil stain was formed. The video shows a huge column of smoke rising several kilometers from the source of the fire – a large stain of oil products on the water.

On January 6, the Iranian oil tanker SANCHI collided with a Hong Kong dry cargo ship in the East China Sea. All the crew members of the tanker died. Rescuers managed to find the bodies of only three of the 32 missing crew members. On Sunday, January 14, the tanker sank after another explosion on board.

The cause of the incident is still unknown, the black boxes are transferred for examination.