On the volcanic island of Papua New Guinea is evacuation 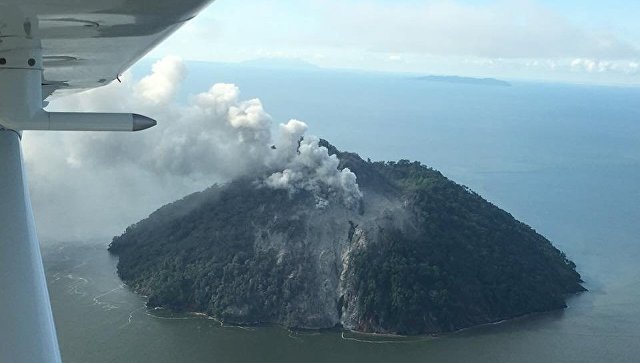 The authorities of Papua New Guinea evacuated about 600 people living on the volcanic island of Kadovar, after the eruption of the same volcano began, New Zealand radio station Radio New Zealand reported with reference to the local administration.

The volcano began to show signs of activity on Friday, throwing ash. By mid-Sunday activity intensified. The last time signs of the activity of the volcano were seen 40 years ago.

Authorities evacuated local residents to neighboring islands. The volcanological observatory in the city of Rabaul recommended that boats and ships do not approach the island. Now, according to some sources, about 50% of the territory of Kadovar is covered with lava.

Kadovar Island, whose width is two kilometers, is 40 kilometers north-west of the island of Manam. In 2004, the authorities also evacuated him because of a volcanic eruption.

Papua New Guinea is part of the so-called “Pacific Fire Ring” – a powerful tectonic fault with high seismic activity, accounting for 90% of all earthquakes on Earth.